Be the first to know: Subscribe to our newsletter and follow us on social media to keep up with our latest programming announcements.

Check out our past Keynotes below! 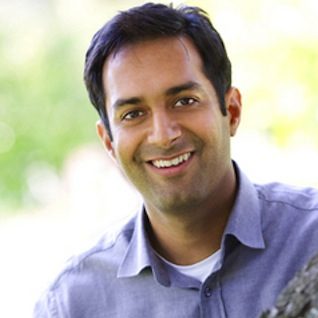 Vital for the longevity of any business, corporate innovation is imperative for the success of both large corporations and startups alike. Ravi – a seasoned veteran having been on both sides of the spectrum – will share his insight on how VCs identify disruptive opportunities, the differences in corporate R&D compared to VC, and the key challenges of corporate innovation in the world of venture capital.

Ravi Belani is Fenwick & West Lecturer of Entrepreneurship at Stanford University, and Managing Director of the Alchemist Accelerator, an enterprise seed accelerator backed by Cisco, DFJ, Khosla Ventures, Salesforce, Sapphire Ventures, and USVP. Alchemist grads include MightyHive, Rigetti Quantum Computing, and Zipongo. Ravi formerly spent six years as part of the investment team at Draper Fisher Jurvetson’s Menlo Park global headquarters, where he led investments and served on the boards as the first institutional investor in companies such as Justin.TV & Twitch (acquired by Amazon for $970m), Pubmatic, Vizu (acquired by Nielsen), and Yield Software (acquired by Autonomy). Ravi formerly worked in product management at two Kleiner Perkins enterprise startups, and as a consultant in McKinsey and Company’s San Francisco office. Ravi is a Phi Beta Kappa and Tau Beta Pi graduate of Stanford University, holding a BS with Distinction and MS in Industrial Engineering. Ravi also holds an MBA from Harvard Business School. 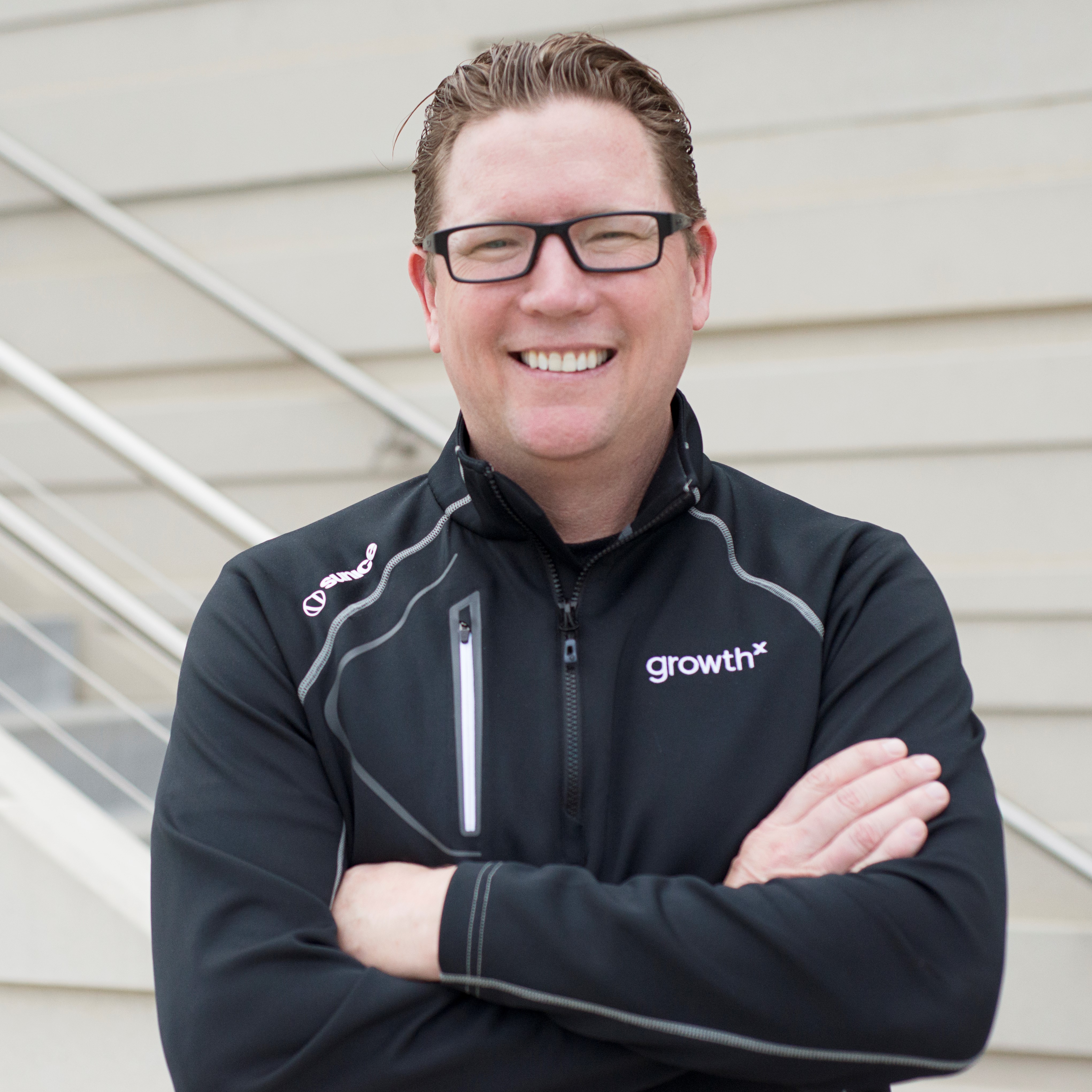 Products and markets may be unique, but the path to finding product-market fit is not. It’s formulaic. During his keynote, Sean Sheppard will share the formula – a proven method of learning, testing, measuring and validating to decide whether you should iterate or scale.

Sean is a globally recognized sales and marketing thought leader with over 20 years of experience bringing new products to market, including as a five-times sales founder. In addition to helping dozens of startups find product-market fit and predictable revenue models, he helps global multinationals to identify new applications for their existing technology portfolio, bring new products to market with profitable business models, and organize and train self-managing early product-stage sales and marketing teams. Sean was named as One of the Top Sales Influencers You Should Be Following On Social Media, as well as Top 20 Inside Sales Influencers. Sean is an active mentor, advisor and guest lecturer at global startup accelerators, innovation conferences, and colleges and universities including Galvanize, Alchemist, GSVLabs and the London Business School. 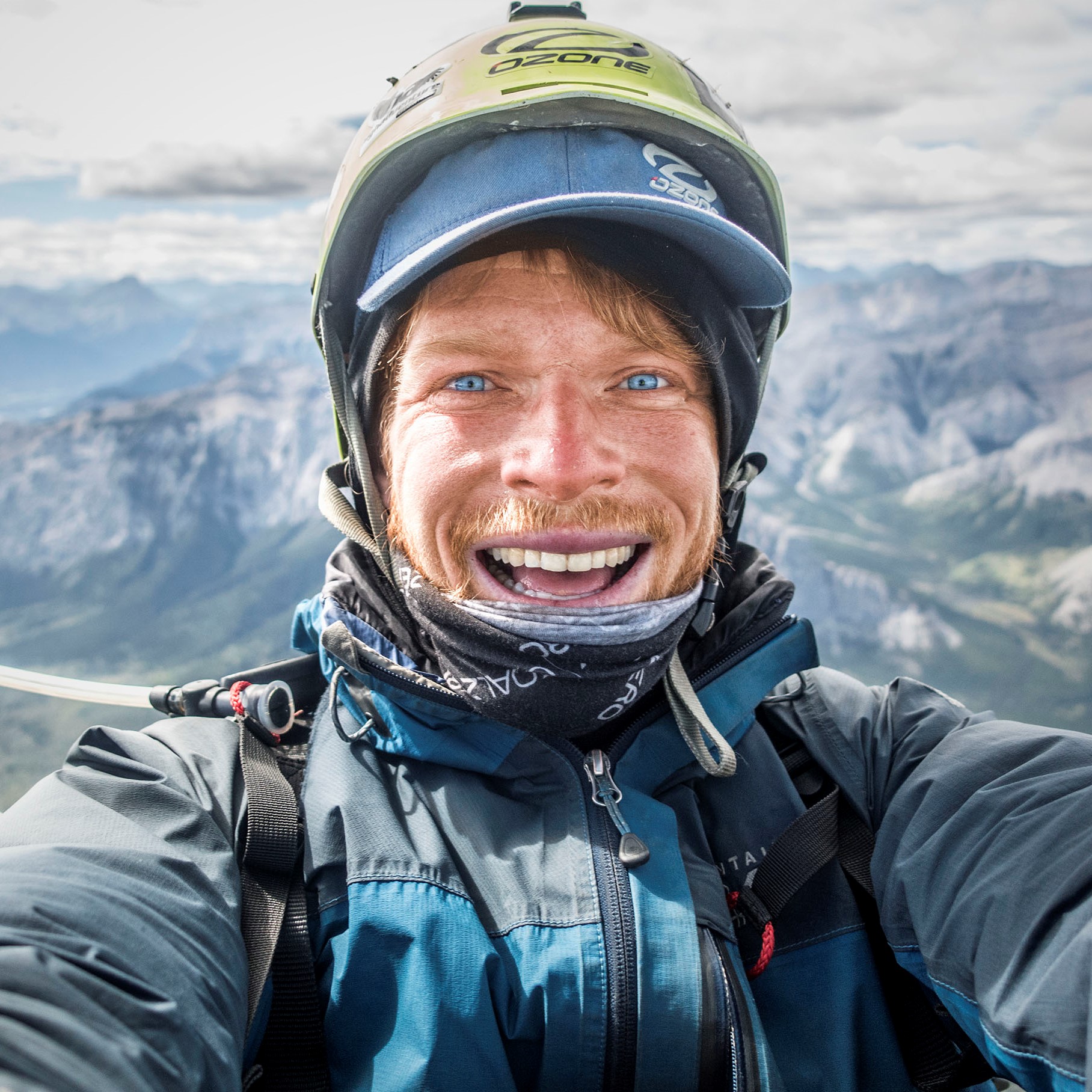 Benjamin Jordan is a professional paraglider, aerial adventure travel photographer, and award-winning filmmaker. Ben didn’t get into paragliding because he was fascinated with the sport, instead he chose to paraglide because he wanted to prove the doubtful voice in his head wrong. He believes that the key to overcoming fear of failure whether it’s in business or sport, is fully trusting yourself.

On a daily basis, Ben launches himself into the sky without being completely sure where he is going to land. He is known for a 39-day, 1000km paragliding trip, that began in Vancouver, BC and ended in Calgary, AB. Ironically enough, the journey he is most known for is the one he spent the first decade of his flying career running from. Ben overcame his fear of the Rockies, with their remoteness, unpredictable weather systems and sheer butt-puckering size, by trusting in his abilities. He crossed the entire span of Canada’s southwestern mountain ranges, ultimately leading to the final hurdle, Canada’s Rocky Mountains and his first ever crossing of the Continental Divide.

Join us at #BVF2019 as Ben shares his insight on the mindset and motivation required to push forward in the face of such risk. 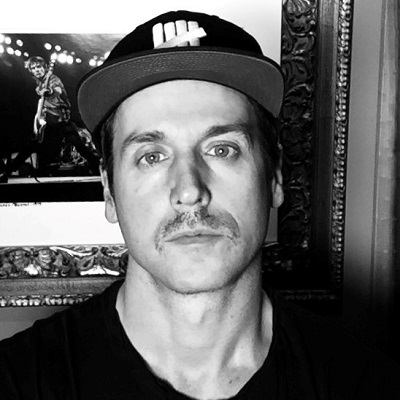 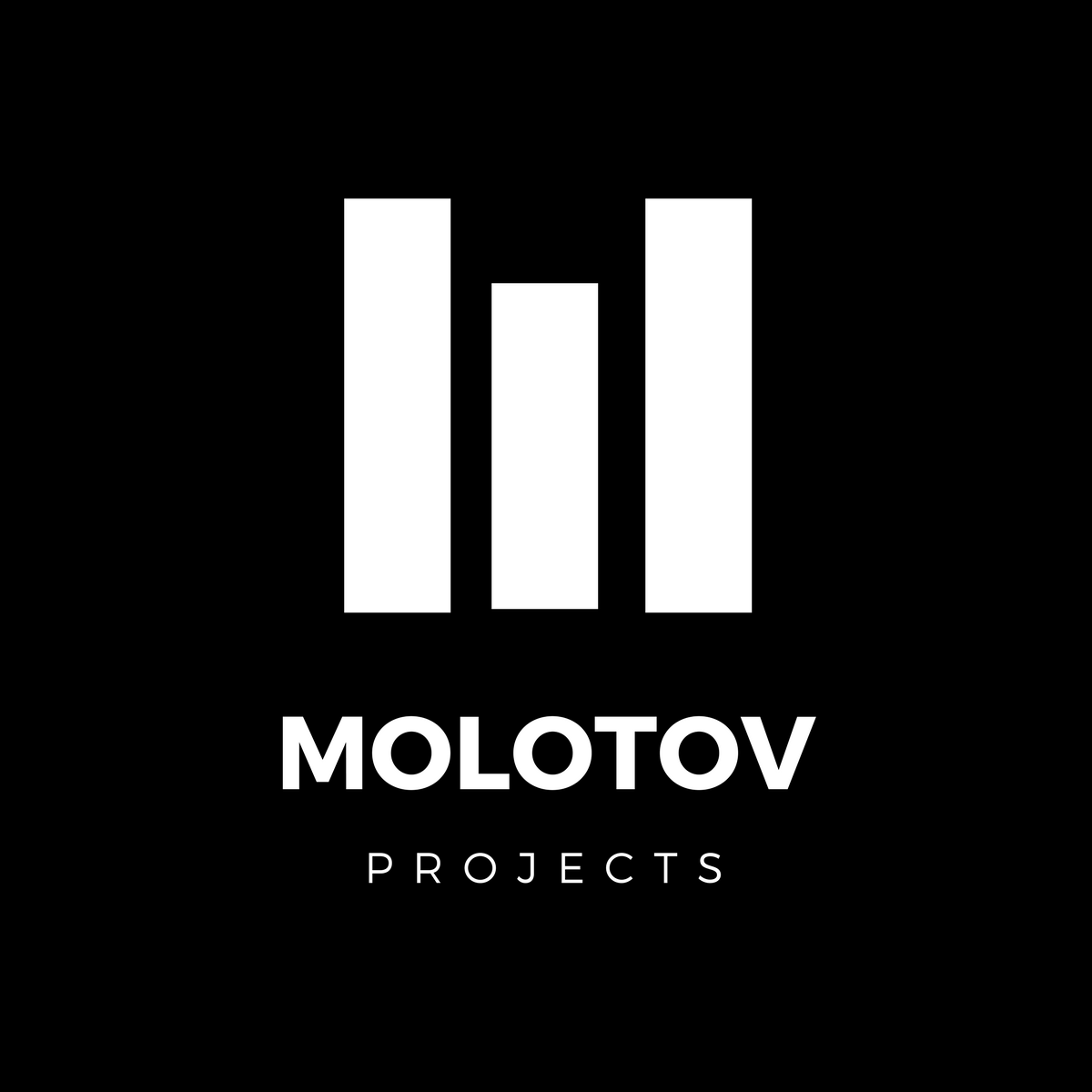 Raine is an artist, entrepreneur and humanitarian. He is the founder and lead vocalist of Juno award-winning, Canadian alternative rock band, Our Lady Peace and with over 25 years of experience in the music industry, Raine is shifting his career towards his new venture, MolotovProjects. MolotovProjects is in essence is a virtual incubator whereby Raine and his team develop innovative ideas, both within and outside of the music industry, and work with fellow entrepreneurs and their group of tech experts to make these visions a reality. From a technology that revolutionizes music therapy, to the first direct-to-consumer solution for craft breweries, the ventures within MolotovProjects’ portfolio are sure to make waves.  Raine has always considered a band as somewhat of a start-up and as someone who has endured a dynamic paradigm shift within the industry, it is no surprise he is well-equipped to take on this newest venture! 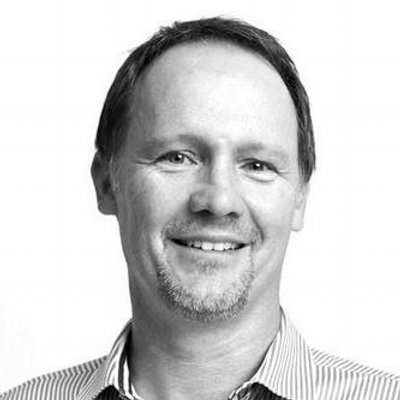 Brent has been in the technology finance industry for 24 years and is the co-founder and CEO of Canada’s first technology-focused boutique M&A advisory firm, Garibaldi Capital Advisors. Founded in 2013, Garibaldi helps private technology companies across Canada grow by planning and executing on their capital strategy needs and assisting them through M&A transactions. With offices in Vancouver, Toronto and Saint John, Garibaldi has completed 20 transactions in 5 years in technology centers across Canada.

Brent spent five years prior to founding Garibaldi doing technology transactions for Capital West Partners in Vancouver. Before that, Brent was a technology focused venture capitalist, raising over $40 million with two other partners in 1999 to invest in 15 early stage companies. In the Internet 1.0 days of the mid-90’s Brent helped found an Internet Software company, later known as Maximizer Technologies and worked for BDC’s venture capital group before founding his own fund. 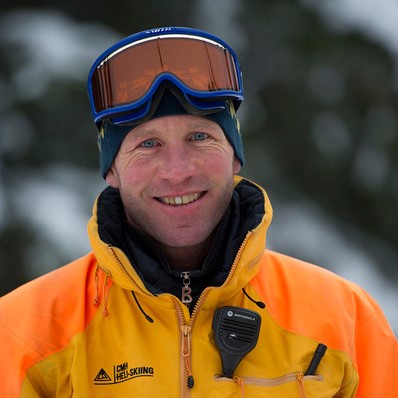 Craig McGee is a professional, fully certified International Mountain Guide (IFMGA), who has been guiding for 20 years, 17 of which have been with CMH Heli-Skiing, the world’s first and largest Heli-Ski company. Craig grew up with a passion for skiing and has always striven to challenge himself and push his limits. Similar to building and growing a business, guiding the outdoors is never black and white, especially when faced with unpredictable terrain and external pressures. Understanding how to navigate the grey area and assess risk accurately is how Craig has gotten to where he is today.

Craig will take the #BVF2018 stage and share his experience in becoming a top Mountain Guide and how a strong knowledge of risk-assessment can help guide you through the grey area of business and reach your own peak! Learn more about Craig and CHM Heli-Skiing. 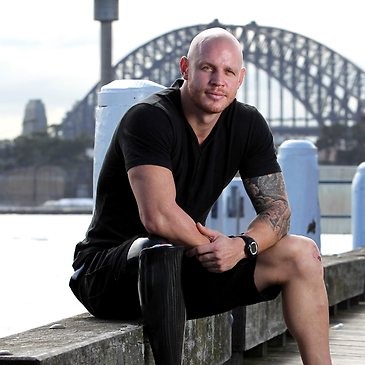 This mantra is something that Australian Navy Clearance Diver, author, and speaker, Paul de Gelder, has lived by since his early Army days. As an active adventure-seeker, Paul’s life has taken him down many different paths, from a substance-fueled stint working in the nightlife industry, to climbing his way to the upper echelons of the defence forces as an Army Paratrooper and then a Navy Clearance Diver.

In February of 2009, a brutal shark-attack in the Sydney Harbour left Paul without two of his limbs and clinging to life. With his daredevil career at stake, Paul took this traumatic experience and turned it into his greatest opportunity to leave a positive impact. Nine years later, Paul has now traveled the world as a top motivational speaker, passionate environmentalist, author of the book, No Time for Fear, and co-host of nine documentaries for Discovery Channel’s Shark Week and one for National Geographic!

Don’t miss Paul’s exhilarating story about how he inspires others to face every challenge head-on and why you should have no time for fear! 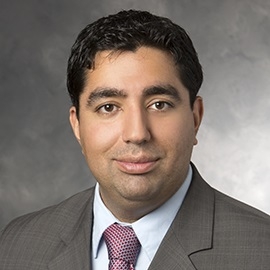 Voice-Enabled Technology: The Next Digital Disruption 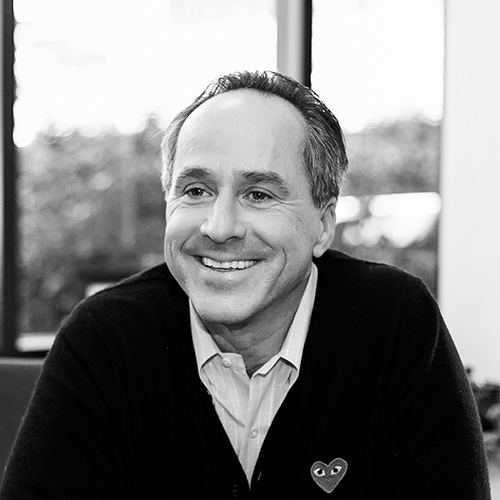 Voice-Enabled Technology: The Next Digital Disruption

John is a Co-Founder and Managing Partner of Relay Ventures. John has over 20 years of experience helping entrepreneurs shape their vision and capital plans for long-term, sustainable growth. John’s tenure in finance spans both venture capital and private equity, where he has assisted entrepreneurs through all stages of the startup lifecycle, from seed financing to IPO and M&A. His ability to work alongside company management teams and offer guidance around hiring, governance, and scaling has been vital to the success of Relay’s investments. 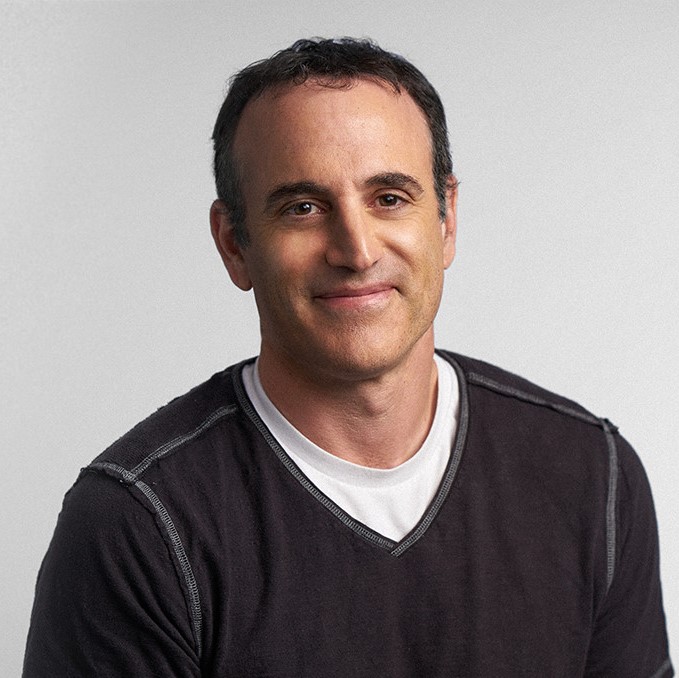 Former Head of Marketing at Facebook and EVP, Online at Indigo Books and Music, Jonathan Ehrlich, has discovered his startup “magic”, having founded several successful companies and ultimately building a +$100 Million revenue business. Learn about his transition within the tech world from founder, to tech evangelist, to corporate trailblazer, to VC and how he has realized a new passion for helping other entrepreneurs find their own magic!

Jonathan is currently a Partner at Foundation Capital, a VC firm based out of San Francisco, with portfolio companies including Netflix and Uber, the fund invests across a broad range of tech sectors from fintech, SaaS, consumer tech, and energy tech. Don’t miss the opportunity to hear Jonathan’s story at #BVF2018 and gain insight on finding your own “magic”! 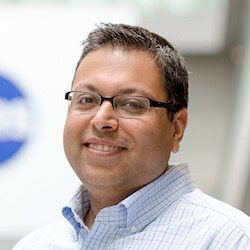 Salim Teja is the President, Venture Services for MaRS, where he leads the overall strategic direction of MaRS’ venture services areas: Energy & Environment (Cleantech), Finance & Commerce (FinTech), Health and Work & Learning. He is an experienced entrepreneur and active early-stage technology investor, with deep industry expertise in software and digital media. Salim joined MaRS in May 2013, providing strategic direction and leadership for MaRS’ ICT venture services group, leading corporate and venture capital engagement, and overseeing MaRS’ expanding international collaborations in the ICT sector. In this role, he has also provided direction to MaRS’ JOLT accelerator, overseen entrepreneurship initiatives with academic partners in the ICT arena, and has been responsible for the MaRS Commons, an 8,500-square-foot co-working space for entrepreneurs in the ICT sector. 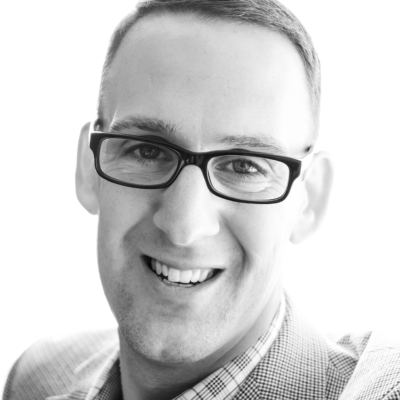 Better is Not Always the Answer: The Entrepreneur Reality

As the worldwide leader in software, services, and solutions, Microsoft is in the business of helping people realize their full potential – and that’s exactly what Marc wants you to do at #BVF2017. As a problem fixer and seizer of opportunities, Marc dives into his own experiences and shares what he’s learned from the frontline and the sideline within the startup community. From the perfect pitch, to knowing your market, to how to on-board with Microsoft, this presentation will highlight valuable tips and tricks that every entrepreneur needs to know.

Before embarking on this chapter of his career with Microsoft, Marc worked at a startup in his hometown of Ottawa, Ontario trying to solve the big data and analytics problem. Marc describes himself as a gadget geek, coffee addict and has a love for travelling and photography. 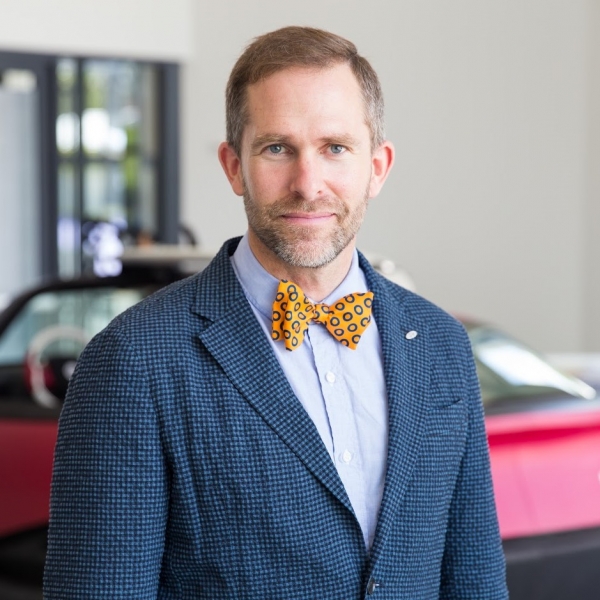 Reinventing Vehicles & Leaving the Limits in the Rearview

As CEO and Co-Founder of Local Motors, Jay is set on changing the way we think about the manufacturing community. Known as the “wild child” in automotive circles, his disruptive high technology company is focused on driving the commercialization of high tech products using co-creation and micro manufacturing. From the world’s first 3-D printed car to self-driving electric vehicles, you won’t want to miss how Local Motors is changing the auto industry as we know it!

Rogers founded Local Motors after serving for seven years in the United States Marine Corps, where he was an Infantry Company Commander. He has worked as a consultant for McKinsey & Co., as an investment analyst at Ewing & Partners, and at a startup medical device company in the People’s Republic of China. He serves as the Chief Investment Officer and Director of the RBR Foundation, a philanthropic foundation focused on education and healthcare. A graduate of Princeton University’s Woodrow Wilson School of Public and International Affairs, Rogers holds a Masters in Business Administration from Harvard Business School (Baker Scholar).